Mesh Tarp And Its Practical Use For Natural Disasters 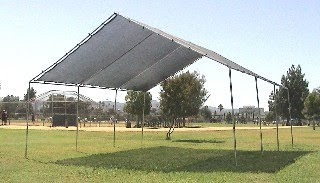 Tarps are one good product that can be used for several purposes. The mesh tarp has such plenty of practical uses. However, we do not think of just how important these tarpaulins can be for those who are in need until that time comes. Today there are many manufacturers who donated thousands of them to provide some aid to the thousands of flood victims in Pakistan.

Back in August of 2010, there were many people who were left homeless due to the deadliest flood to ever occur in the country of Pakistan. Not only did many people loss their homes, but many also lost their lives too. Making this another major disaster in the world.

After the news of this disaster, many people around the world began to respond quickly in a very positive way. Supplies, such as medical, foods and clothing were being sent there to aid the people of Pakistan. And the manufacturers of the mesh tarps were donating thousands of their products to help provide some shelter for the ones who were in need of a place to live until more relief could be provided to them.

These mesh tarpaulins can be erected quite easily and do make good tents for temporary shelter for those who need it. The mesh tarps were also being used to help keep many supplies safe and dry. This was very important to sue the mesh tarps in this manner as it helped to provide shelter for all the emergency supplies that were being used for the victims of the flood.

One other way that these tarpaulins were being used was for a place to set them up as tents where many aid workers could have a place where they could administer some help and care to the many of people who were injured during the flood. These mesh tarps sure have helped provide some great ways to aid the many who have suffered from natural disasters in our world today.