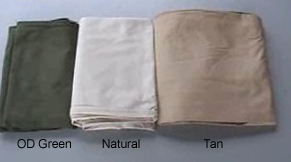 Canvas tarps have been used over time for a number of reasons ranging from their convenience and affordability as well as easy way of handling the tarpaulin. The canvas tarps comes in very handy in a number of occasions making it the emergency choice of shelter during unforeseen circumstances.

Over the recent past, there are numerous occasions where natural calamities continue to render families homeless. Ranging from the flood victims in areas that have continued to experience unprecedented long rains to the victims who have been displaced from their homes by erupting volcanoes and landslides, tarpaulin is easy to work with since it only takes a short time to get a frame mounted to the ground and the canvas tarp cover mounted on top to provide cover.

The uses of these canvas covers are not only limited to those in need of emergency shelter but also in other situations such as the provision of water prove covers for trucks, boats and sheds among other areas. A major advantage of using the tarps as compared to other temporary covers since in many cases, it only takes a few straps to fasten the covers together.

Evaluating the importance of canvas tarps can not be complete without mentioning the role they have played in the cases in which adverse weather conditions such as tornadoes and hurricanes have left thousands of people homeless. The canvas tarps often become the next home in such situations since they are easily portable and can be handled even by people without any particular building skills.

The importance of the canvas tarp shelters when holding any outdoor meetings in parks and other places can never be underestimated. Given the fact that tarps come in various sizes, joining several pieces together to erect one big shade is easy making it the most sought after material for the construction of shades to either keep the sun rays out or the rain during rainy days.