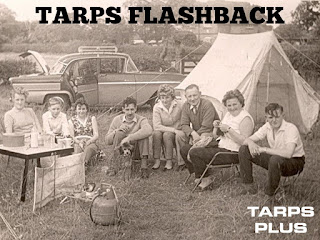 A group of people camping out with a tarp in the 1950s. 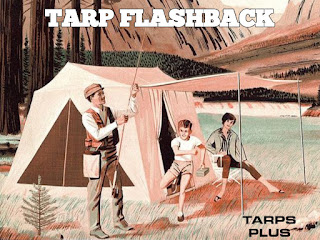 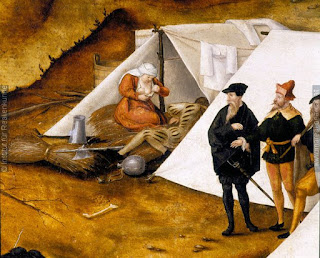 Tarps being used during the renaissance era. 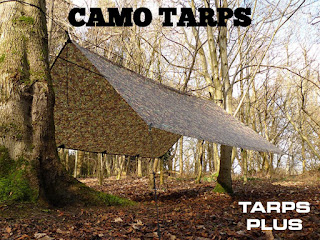 A modern sil-nylon camouflage tarp setup on a camping site.

The first thing we notice in a flashback pictorial is, tarps in the past were made with simple materials.  Mid 20th century tarps were mostly made before poly tarps; made in the 1960s.  The tarps used during the Renaissance era were mostly hemp.  Modern tarps are now made with advanced materials.  The camo tarp above is made with sil-nylon, a materiel that  enables waterproof protection, shade and very light weight for easy transport.